“With Samsung’s new notebook models, we’re excited to deliver a both stylish design and high performance,” said Todd Bouman director of product marketing at Samsung Electronics Information Technology Division. “Combining a range of wireless connectivity options and LED HD displays, these products are ideal to be used both as mobile devices as well as desktop replacements for all-day use...” 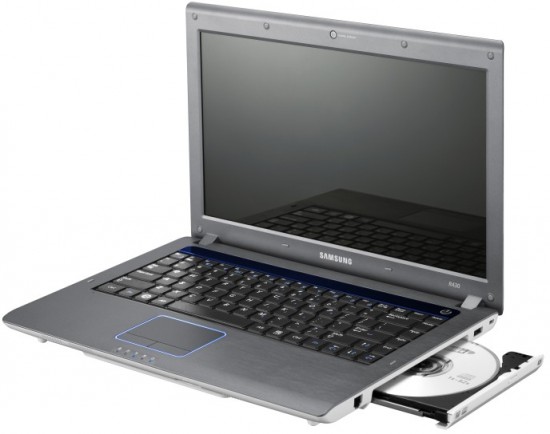 Available in Samsung’s “Touch of Color” gradation with various patterns and including a Blu-Ray optical drive in the R480 and R580, these laptops are perfect for watching movies both at home and on the go. Additionally, the nVIDIA GeForce graphics card included in the R580 and R780 will appeal to the gamer in any household. The HD LED displays (17.3” – R780, 15.6” – R580, 14.0” – R480) provide the sharpest images and boldest colors with a proper 16:9 aspect ratio.

Based on the Intel® Core™ i5 430M processor, the 80 series comes equipped with a 500 GB hard drive. With a 1.3 MP Web cam and integrated microphone, they are ideal for use with communicating with friends and family over Skype or other VoIP networks.

These new notebooks offer a variety of visual options. The 16:9 aspect ratio of the bright, high-resolution 14 inch and 15.6 inch LED HD displays make the Samsung R430 and Samsung R530, respectively, ideal for viewing a wide variety of content.

Announces the launch of its newest notebook computer series, the Samsung R30 series featuring the R430 and R530 and the Samsung R80 series including the R480, R580 and R780, at the Consumer Electronics Show (CES) in Las Vegas.

The R-series’ ergonomic design allows for a more enjoyable and productive user experience. Samsung notebooks are perfect as a desktop replacement as well as an on-the-go computing solution.

Samsung’s notebook line will be on display at the LVCC Central Hall, booth 11026 during the International Consumer Electronics Show at the Las Vegas Convention Center, January 7 – 10, 2010.