“The addition of an Ultra High Definition display to the V Nitro Black Edition Series makes it one of the most compelling yet affordable high-performance notebooks on the market today,” said Eric Ackerson, senior product marketing and brand manager. 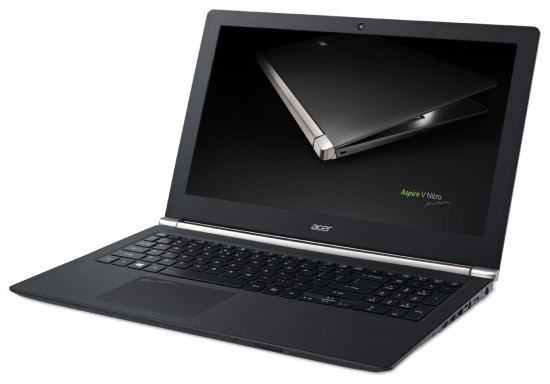 In addition, Acer’s Build Your Own Cloud (BYOC) is also included, so users can use the storage capacity on their notebook as their own personal cloud storage device, for ultimate privacy and security. With BYOC Apps, users can sync wirelessly to other devices and get access to their digital files anytime, anywhere.

Beginning November 3, 2014 and while supplies last, Acer will offer a code for a free digital download of Ubisoft’s highly anticipated PC game, Assassin’s Creed Unity. Assassin’s Creed Unity is the next-gen evolution of the blockbuster Assassin’s Creed franchise. It is a historical action-adventure game set within Paris during the French Revolution. Customers who purchase qualifying Acer Aspire V Nitro Black Edition notebooks with a Full High Definition display (1920 x 1080) from participating partners, Amazon.com, Newegg.com and TigerDirect.com, will receive the code for the complimentary digital download, while code supplies last.

The new V Nitro Black Edition model featuring the 15.6-inch 4K Ultra High definition Display will be available from Amazon, Microsoft.com, Newegg and Tiger Direct in the U.S. in November. The MSRP is $1,499.99.