“Our latest Series 5 notebooks offer a premium computing experience, thanks to Samsung’s advanced engineering and Intel’s new processors, as well as enviable entertainment features including JBL audio speakers to provide a home theater experience in a mobile PC, whether you’re using it in your office, home or at a hotel,” said Todd Bouman, vice president of marketing at Samsung Enterprise Business Division. “The power and speed of Intel’s latest processors have enabled us to create even faster, more efficient laptops, and we’re excited to have begun integrating them into these new models and several of our existing designs as well.” 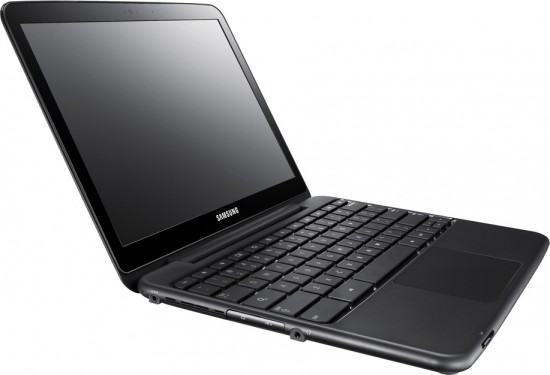 The Series 5 notebook features an Intel® Core™ i7-3610QM processor, which delivers unprecedented speed and performance. Thanks to Intel® Hyper-Threading Technology, users can effortlessly multitask between applications, and Intel® Turbo Boost Technology 2.0.1 gives you an automatic burst of speed whenever you need it – making this a perfect laptop for users looking for a powerful, easily portable solution with a large screen. The new processor, combined with 8GB of RAM and a 750GB HDD, provides the power users need to stay productive everywhere.

The 14-inch Samsung Series 5 500 notebook is an ideal laptop for multi-tasking users, from college students to busy professionals. It features an Intel® Core™ i5-3210M Processor, which delivers high speed right from the start, as well as Intel® Hyper-Threading Technology and Intel® Turbo Boost Technology 2.0.1 for optimal multitasking.

Samsung also incorporated a range of intelligent solutions into the laptop to maximize usability. Tilting legs and a backlit keyboard enable you to comfortably use it anywhere, while a power saving button lets you set the laptop to automatically power down when not in use. Users can also access Samsung EasyShare with just the click of a button, allowing them to effortless share files with friends and colleagues.

Samsung will also introduce its13.3-inch and 15-inch second-generation Series 9, the 13-inch and 14-inch Series 5 ULTRA and Series 3 laptops with the latest Intel processors beginning in mid-June 2012.

Samsung will also introduce its 13.3-inch and 15-inch second-generation Series 9, the 13-inch and 14-inch Series 5 ULTRA and Series 3 laptops with the latest Intel processors beginning in mid-June 2012.

** Battery life will vary depending on the product model, configuration, power management settings, applications used, and wireless settings. The maximum capacity of the battery will decrease with time and use. Test results based on independent third party Battery Mark tests. Total amount of available memory may be less based on configuration.