With co-development featuring input from Bang & Olufsen ICEpower®, ASUS delivers powerhouse notebooks that meet the needs of discerning consumers with the most advanced sound and multimedia solutions ever offered on portable PCs.

Contemporary users require a diverse range of applications, from precision productivity to high definition entertainment and relentless gaming action. Expectations run high and the traditionally compromised nature of notebook audio performance simply doesn’t suffice—this has led to the development of the N Series from ASUS, which once again leads in revolutionizing the multi-role nature of notebooks with professional grade multimedia and hardware. 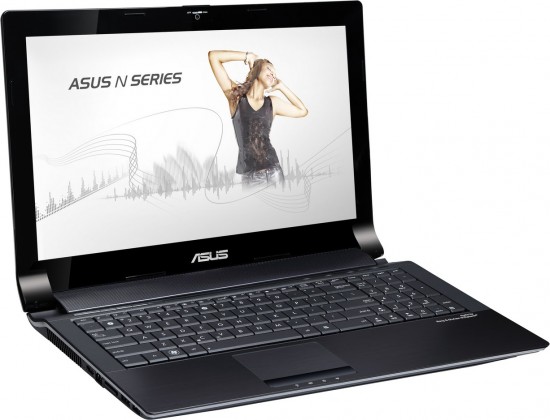 Superlative sound performance comes in as a prime example of N Series multimedia leadership. Realizing that people spend a good third of their day interacting with multimedia devices, and that at the same time notebooks have traditionally fallen short in the audio department, ASUS decided to focus on developing natural, impactful sound when crafting the N Series. The result is SonicMaster, a new standard in notebook audio, offering the best ever sonic performance on a portable PC.

SonicMaster has gained from the expertise of both a dedicated group of audio professionals assembled by the ASUS Golden Ear Team and the respected experience garnered by Bang & Olufsen ICEpower®. SonicMaster is not a one-off technological effort, nor a marketing ploy. It presents a new professional audio certification program, with notebooks that meet the standard marked as SonicMaster compliant, guaranteeing consumers breathtaking experiences in sound. It consists of upgraded hardware in the form of larger speaker chambers and stronger amplifiers to render sound in unmatched fidelity. In addition, SonicMaster incorporates extensive software equalization to ensure a wide range of sound reproduction and full-liveness vocals, where previous generations of notebooks settled for muddy human voices and tinny reproduction.

The ASUS N Series acts as the debut and showpiece flagship platform for SonicMaster excellence.

Expectations run high and the traditionally compromised nature of notebook audio performance simply doesn’t suffice—this has led to the development of the N Series from ASUS, which once again leads in revolutionizing the multi-role nature of notebooks with professional grade multimedia and hardware.

SonicMaster revamps notebook sound standards by addressing a full spectrum of issues that have persisted in portable PCs for years. While others settle for middling results and tinny audio, SonicMaster delivers crystal clear sound, where every nuance comes across fully. Particularly, bass and deep note performance equal that of dedicated audio systems, delivering rich, impressive output.

Engineers have worked hard to ensure SonicMaster’s frequency leaves nothing out, contributing to the liveness of sound. With complete reproduction of audio that remains 100% faithful to the source, listeners never feel shortchanged with inadequate, half-hearted audio. This stems from the overall power upgrade SonicMaster hardware represents. Not only are the speakers and resonance chambers bigger, the amplifier gets much higher voltage than the norm in notebooks, giving it the room to create impactful sound. This has proved critical in another aspect the Golden Ear continues to focus on—vocals. While historically listening to songs on a notebook PC meant barely intelligible voice, SonicMaster elevates this aspect to the level of a concert hall or live show, culminating in lifelike surround that’s amazing in music as it is spectacular in gaming, movies and even communications.

N Series notebooks from ASUS do not stop at revolutionizing sound performance, they represent a complete range of hardware innovations. All new for 2010 Intel Core processors deliver the power required for smooth computing, while superfast USB 3.0 data transfer and backup give users the tools to manage large multimedia libraries and much more. The experience revolves around fast, productive technology that enables great enjoyment and creativity, with the latest generation of ASUS Video Magic image enhancement optimizing HD video content for greater viewing pleasure.