The iF awards, organized by the International Forum Design of Germany, have been held since 1953. The Aspire Gemstone blue series was judged on numerous criteria including design workmanship, choice of material, environmental compatibility and functionality. A total of 2808 products from 39 countries competed for the 2009 iF product design award. 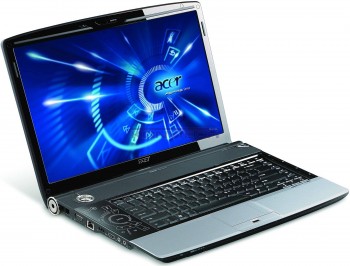 The Aspire Gemstone blue series was also selected for the Best Choice Award and Design & Innovation Award at the Computex Taipei tradeshow, the largest of its kind in Asia. Mostly recently, the Aspire 8920G notebook received the WinHEC Award 2008 in the media and entertainment category, hosted by Microsoft Corp.

Highlights of numerous media reports are:

Laptop (U.S.) wrote "¡K Aspire 8920G delivers a mix of textures and finishes to keep your senses stimulated ¡K everything is here: performance, a high-def screen, Blu-ray, top-notch sound system, and a very cool way to control it all" and gave it the Editors' Choice.

PC Magazine (U.S.) praised the Aspire 6930G for its "¡Kgenerous performance¡K Good graphics card. Terrific typing experience. Generous feature set ¡K" and awarded it the Editors' Choice. The magazine also described its predecessor, the Aspire 6920G as "¡Kthere's something seductive about a 16-inch widescreen - the way movies, especially high-definition ones, look when stretched out in the same fashion as in a movie theater¡K"

Acer's objective in designing the Aspire Gemstone blue was to develop a unique High Definition (HD) notebook PC, pack it with exclusive features and clothe it in a stylish design of the very highest caliber.

CHIP (Malaysia) selected the Aspire 6920G as a Top Product.

Charged (South Africa) noted Aspire 6920 for its "¡K chromes finished hinges, a glossy black and blue LCD lid and thus looks fantastic ¡Kwe're happy to say is actually something we'd use everyday, in place of a fully-fledged desktop PC. This is thanks in no small part to Acer's excellent specification list." Charged named it Product of the Month.

Acer's objective in designing the Aspire Gemstone blue was to develop a unique High Definition (HD) notebook PC, pack it with exclusive features and clothe it in a stylish design of the very highest caliber. Acer realized this objective with the Aspire 89xx and Aspire 69xx lines, which succeeded as the first-to-market notebooks built on a unique 18.4" and 16" footprint, equipped with Blu-Ray Disc™ drive, Full HD LCD screens and native 16:9 resolution for stunning cinematic visuals. What's more, up to five built-in speakers and an innovative tube-type subwoofer create the world's first notebook to trumpet true 5.1-channel surround sound.

The design of these two notebook lines is characterized by a dominant feature set that animates the product: blue, color and light, thus named appropriately as the Aspire Gemstone blue.